NATO membership is not the solution

When considering NATO membership, it is worth briefly recalling the development of Finland's foreign policy after the wars. The aim of J.K. Paasikivi (President from 1946-56), who initiated this policy, was to preserve Finland's independence and to keep the country out of the disputes between the great powers.

President Urho Kekkonen continued his predecessor's policy during his term (1956-81), incorporating an active, peace-loving policy of neutrality. This meant creating a bridge-building role between East and West. Under President Mauno Koivisto (1982-94), the foreign policy line remained broadly unchanged, and the same from then on.

How should Finland's foreign policy continue from the present stage? My own answer is that Finland should strive to maintain its military non-alignment. Post-war history has reserved for Finland the role of mediator, meaning the possibility of participating in the mitigation and prevention of conflicts between the great powers.

Our current foreign policy policy can be described as an active stabilisation policy, which, according to Eero Heinäluoma, Member of the European Parliament, is "diplomatic creativity, which has been used to avoid the escalation of regional tensions" (Helsingin Sanomat 20.3.2022). The bottom fell out of an active stability policy and "NATO membership was decided on the morning of 24 February", Heinäluoma says in an interview with the journalist Marko Junkkar, entitled “SDP [Social Democratic Party] turns towards NATO". 24 February refers to the brutal war launched by Russia against Ukraine.

In my opinion, however, Finland should not give in to military alliances in this situation either. There is an opportunity to develop 'diplomatic creativity' in an even more active direction than hitherto. In fact, President Sauli Niinistö (2012-) has recently demonstrated this new type of foreign policy activity, meeting the presidents of the US, Russia and France within a short period of time and with an almost breathless schedule.

President Niinistö has probably experienced first-hand that shuttling between different directions is possible even in a difficult crisis situation. At the same time, a frightening question arises: what if the movement in one direction, the most important one for Finland, according to Paasikivi, namely Russia, is interrupted or made more difficult by Finland's membership of NATO? Finland is in an exceptional position to act as a kind of hinge state from which the door opens to the East and West. Is our country in danger of losing this rare and increasingly important position? I do not think so.

Ultimately, it is a question of choice: whether to promote an accelerating arms race or to choose the path towards peace. According to President Kekkonen, Finland is not neutral on the question of war and peace. Finland is on the side of peace against war.

Member of the Central Committee of the Communist Party of Finland, Doctor of Political Science and Senior Researcher 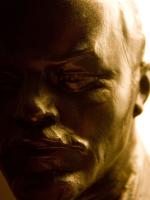 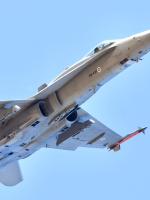 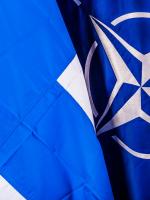 Seppo Ruotsalainen
NATO membership is not the solution
Seppo Ruotsalainen -
13.04.2022
Finland should not give in to military alliances in this situation either. There is an opportunity to develop 'diplomatic creativity' in an even more active direction than hitherto, says Seppo Ruotsalainen. He sees this current situation as question of choice.